Mary Katrina Shemza (b.1937) was born and educated in Stafford. She is the widow of the late well-known abstract painter Anwar Jalal Shemza. Sharing a love of painting, abstraction and calligraphy Mary worked alongside Anwar until his death in 1985. She continues to work today in the South East of England.

​Mary undertook her art training in both Stafford and London, where she became a full time art teacher and later head of department. Her career as an art educator spanned over 30 years after which she moved to Eastbourne. From 1989 onwards she concentrated on her art practice.

As a painter, her work communicates through a synopsis of the basic visual elements: line, colour, tone and texture with an emphasis on the calligraphic resonance of line. Over the years she has explored many media such as, ink, plaster, oil paint, watercolour and even sand.

She has exhibited all over the world since the 1960s including the Art Council of Pakistan in 1961, Canberra Theatre Gallery, Australia, 1987 and most recently at the Birley Centre, Eastbourne in 2018. Her published work includes a weekly column on Art and Design for Kipling’s newspaper, The Civil Military Gazette and an article in Third Text 8/9. 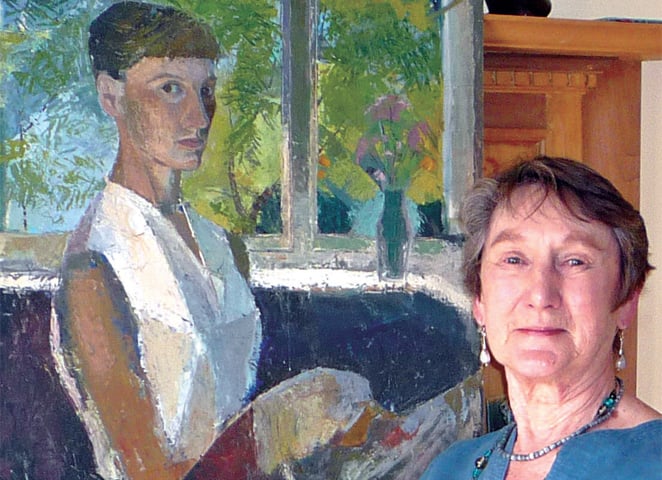 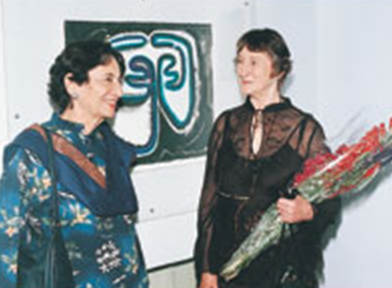